Justin Bua is a New York City artist who is well known in the graffiti scene, but has been making major waves in the global art community. He is mostly known for creating nostalgic pieces about the way things used to be in his neighbourhood – the community was alive with music, street art, and street performances during the early years of the rap scene in the boroughs of New York.

Bua is a caricaturist, and his depictions of the community that surrounds him have made him a prolific artist, capturing the essence of urban street life in his own stylistic way. His people are drawn out of proportion and their true individualistic details are what give each person their character. 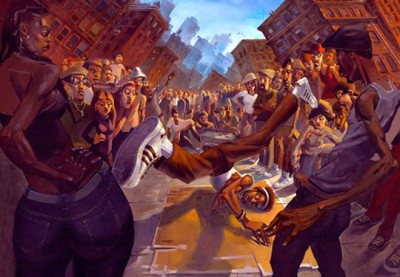 Many of his works involve the theme of the four elements of Hip Hop: breakdancing, DJ’ing, MC’ing, and graffiti art. Hip Hop originally gave people the opportunity to find something productive to do in a time where crack-cocaine was becoming prevalent and destroying the community. Bua also depicts the world of underground jazz. I’ve been collecting his prints for years and can’t wait to get my hands on some more. You can check out his website and see where he will be showing his latest exploits by clicking here. 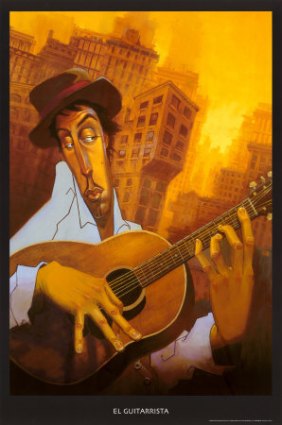