I’m a huge animal lover – I never thought I would end up doing this kind of thing. But a couple of years ago I sold my house to a delightfully creative woman named Ankixa Risk who introduced me to the world of casual taxidermy. Since I first took one of her classes, I’ve been strangely drawn into this as a hobby and now find myself brainstorming all kinds of different scenarios I’d like to create in the near future.

And y’know what? It’s not as gross as I thought it’d be. Because we work with ethically-treated frozen animals, and really, you’re only removing the skin and fur, there’s no blood and guts or major smell to worry about. It’s actually less disgusting than stuffing a turkey or cleaning a fish. You just gotta get over the initial shock of working with a dead animal. If you’re a meat eater, it won’t be that challenging. I mean, we EAT dead animals all the time, right? And there’s nothing wrong with gaining a new understanding of the balance between life and death. Plus, all of the animals have died of natural causes and the “meat” goes directly to a retile zoo where it’s used as crocodile food.

Since then, Mortimer’s been gaining a bit of a following. Shortly after the first class, he made an appearance in the GTA section of the Toronto Star weekend edition, which was super exciting and really boosted the exposure for Ankixa’s Casual Taxidermy classes. And just last week, he was featured in a TV segment on TFO’s “24.7”!

This Friday both Mortimer and I will be heading to Club Absinthe for the James North Art Crawl. Our art show will include a few other artists and we’ll be doing some live art alongside some great musicians, so if you’re in the Hamilton area, please come check it out – it’s sure to be an interesting night to say the least! If you can’t make it out, you can always check out my Abominable Ink shop and pick up some of my great items for sale! 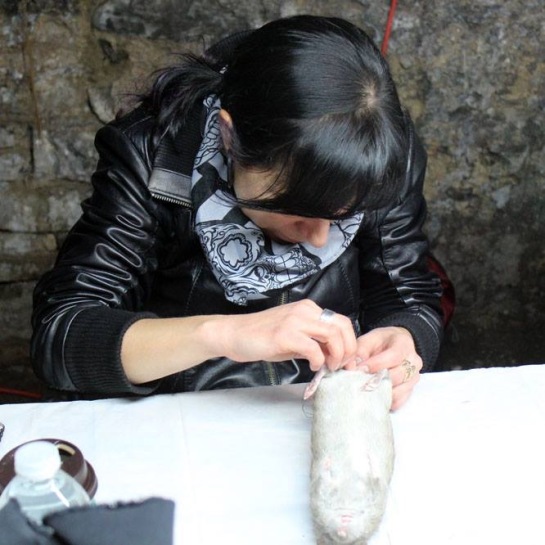 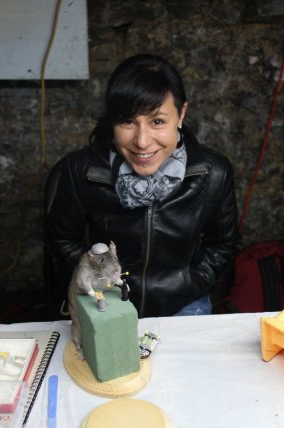