Belgian artist Philip Bosmans’ sketchbook must be an awesome sight to behold – apparently he doesn’t go too far without it, since all of his ideas, inspiration and ideas get crammed into it to avoid them slipping off into oblivion. I wouldn’t mind taking a peek some day.

Bosmans is also known on the streets as “amatic”. He was classically trained as a graphic designer but he’s a self-taught painter and graf artist with a real penchant for the surrealistic qualities of fantasy worlds beyond our own. From his sketchbooks springs forth a bountiful array of organic shapes and colours, strange distorted characters and twisted subject matter. It is not only an escape from the real world, it is an in-depth look at the spectrum of human emotion that is characterized in a dream-like state. I love the way he juxtaposes moods such as overlapping happiness with grief.

He’s also great with digital art as he is on canvas or concrete, constructing seemingly endless numbers of logotypes, and has won numerous awards, most notably the uber-prestigious Macworld UK Digital Artist of the Year Award 2011 for his work entitled “Origins of the Species”.

Currently, Bosmans is being represented by the ARTISHOX Art Agency. Check out his website, and his blog. 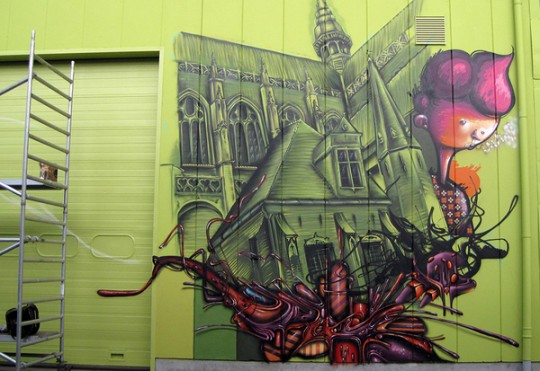 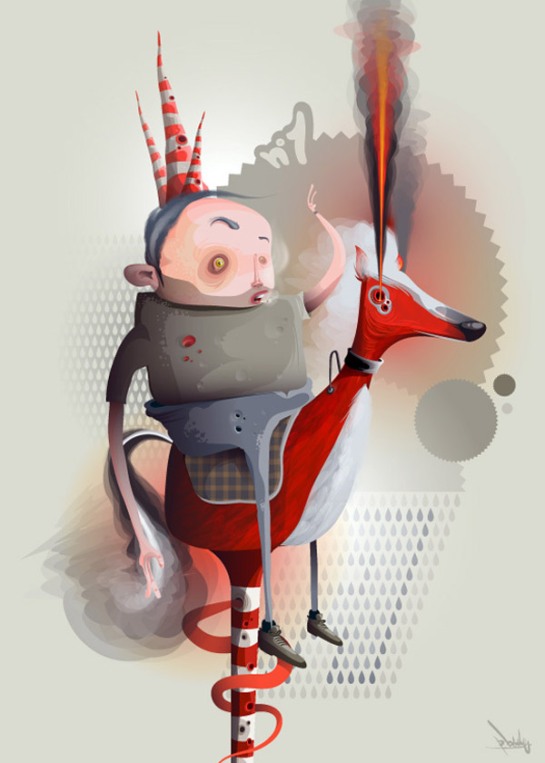 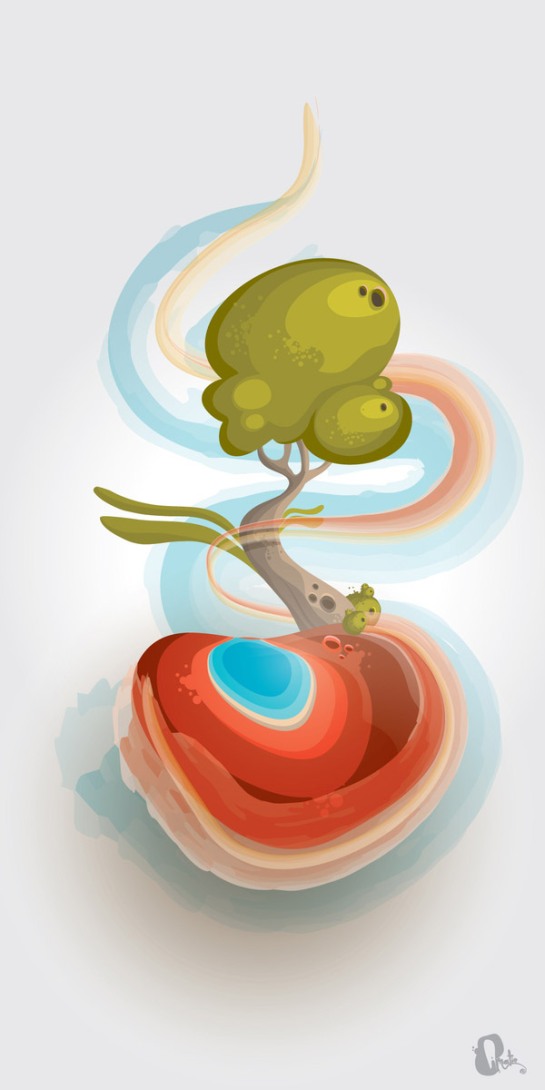 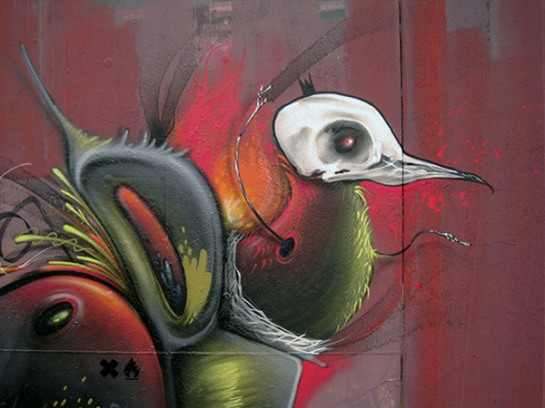 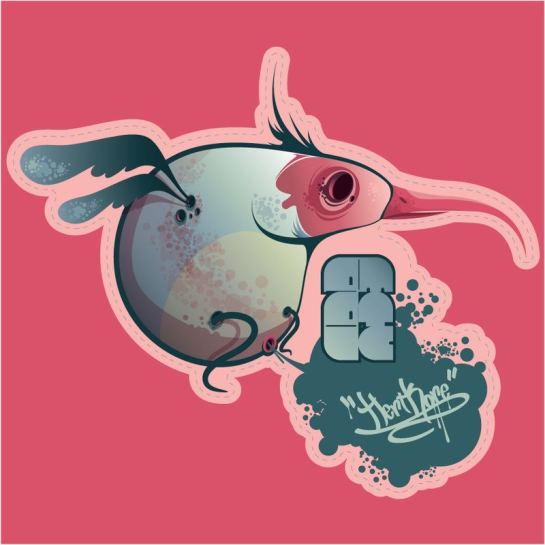