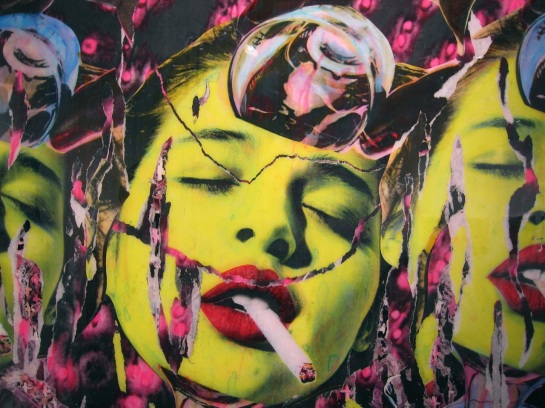 Brooklyn-based street artist Judith Supine is quite possibly one of the most interesting artists I’ve ever come across. Growing up mute until a month after his seventeenth birthday, he’s been communicating mostly through imagery in his formative years, aside from the odd squeak and grunt, and has amassed an enormous collection of work, thanks to the fact that his mother saved a lot of it over the years. His materials of choice include objects that are either totally free or incredibly cheap – Exacto knives, glue sticks, leftover paints, and discarded magazines that the world’s garbage cans have proffered – from the local dentist’s office, to bankrupt porn shops. The sleazier, more garish, more sexually disconcerting, the better.

His main focus is on figurative elements – severed limbs, eyes, lips, curves. Elements when taken out of their porno/fashion context take on new meaning in a freakshow of dayglow weirdness. A beautifully blasphemous curiosity to behold that throws the mainstream back in it’s own face, revolting against the “shitty graphic design” of the day. A monstrous techno pop explosion for the senses that laughs in the presence of consumerism and self-obsession. In an interview with Brooklyn Street Art, he has commented that,

“What I like about Street Art is the feeling of the transgressive part of it and the illegal nature of it. That’s what’s exciting to me about it. You know, what qualifies as street art now is like legal murals and that shit just seems kind of boring to me. It’s kind of just like in the style of… it just kind of loses its power.”

Chopping out human body parts and faces from printed ephemera, and arranging them into bizarre collages, he then takes these basic assemblage pieces to Kinko’s, where he magnifies them onto three foot rolls of paper in greyscale. Taking them back to the studio, he then tints and colours his work in a very thinly layered, limited neon acrylic palette, each section having an exclusive hue all on it’s own, in stark juxtaposition with the next. After he’s content with the colourization, he applies a thick coat of polyurethane varnish, which not only preserves the vibrant colours, and paper for decades, but it also serves to improve the quality of light reflected from the colours themselves, making everything pop. Once this is accomplished, the excess paper is cut away and the piece is mounted. The main issue he has with this process is the toxicity level that this varnish emits, as he has made himself very sick trying to complete a series for a big show in the past, hospitalizing him for some time.

Here’s hoping he keeps himself in better shape enough to give us more in the years to come. 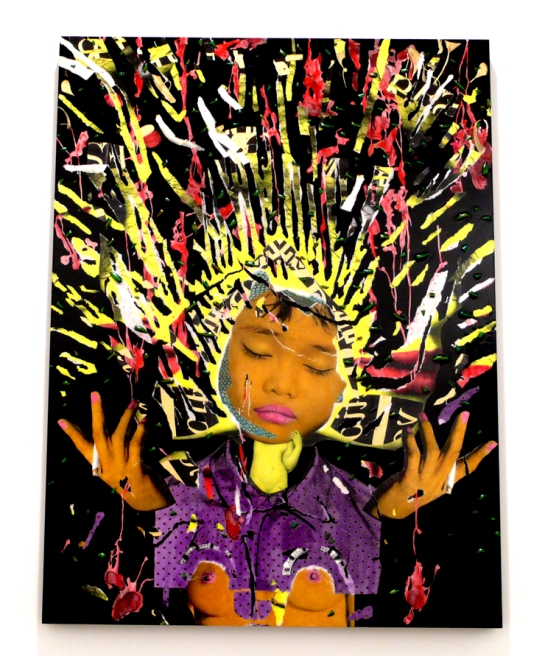 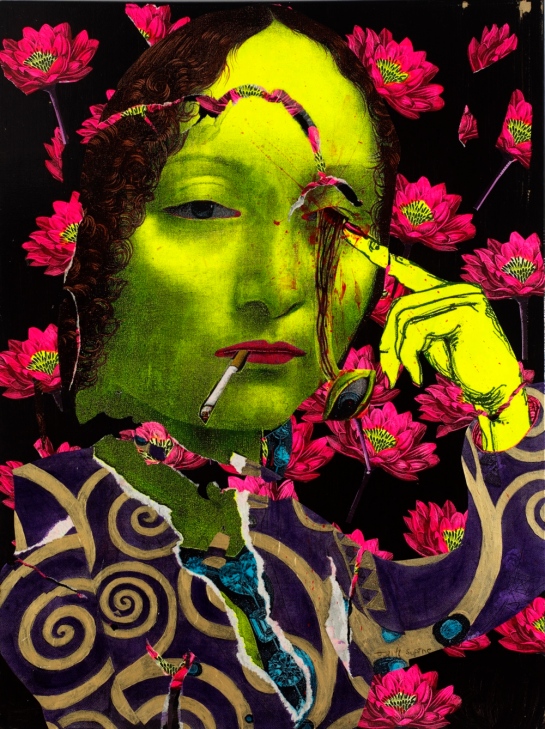 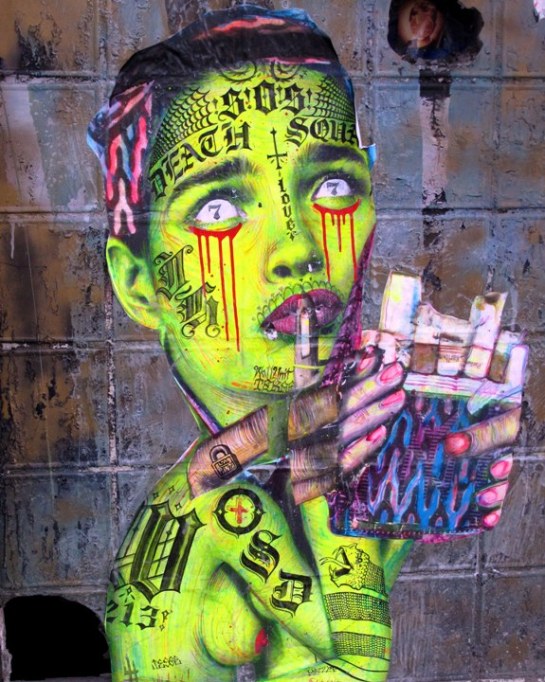 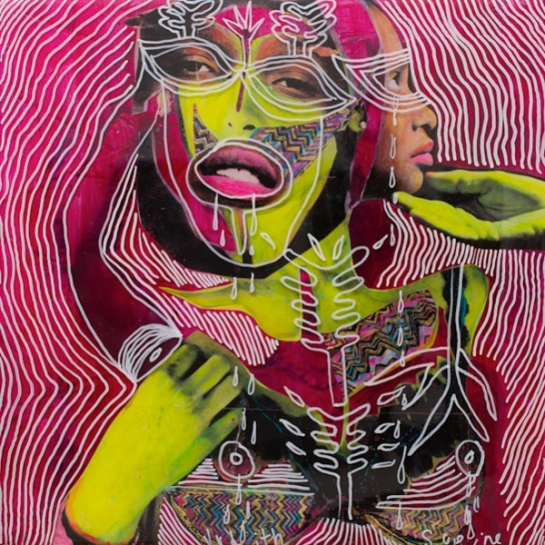