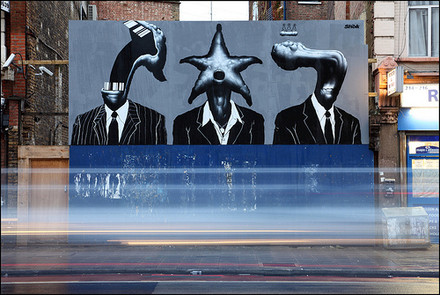 British graffiti artist Shok-1 has been a major player in the game since way back in 1984 and has literally created thousands of awesome works that are scattered across the globe. Aside from street art, he’s produced all sorts of consumer products such as posters, books, and art. Until recently, Shok-1 has been relatively underground and undocumented, but now he’s created a retrospective of his work to illustrate his historical impact on the graffiti scene and it’s definitely turning heads.

One of the more interesting stories in his vast collection is that of a mural he painted in China, which the Chinese authorities saw fit to “redesign” instead of obliterating it. The censored version includes kissing fish and transforms the noose into double hooks, and his signature tag is covered up. Why? What the hell are they trying to say with this? Fishing is romantic? According to Shok, “A friend sent me a photo of what the Chinese government actually did to my painting. They said they were going to paint it out. For me, this is far worse.” 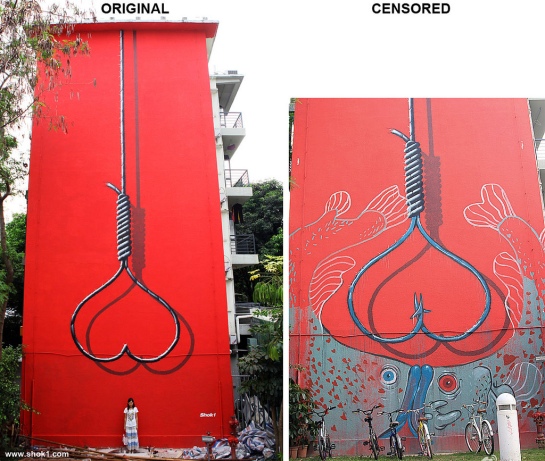 Regardless of the backlash from authorities, Shock-1 continues to evolve as an artist as he combines techniques that he’s picked up along his travels. What I’m loving right now is his gorgeous smoky neon effects that seem to breathe an ethereal quality into the concrete jungle. I also love the Pink Floydness of his characters.

To see more on his retrospective, visit his website. 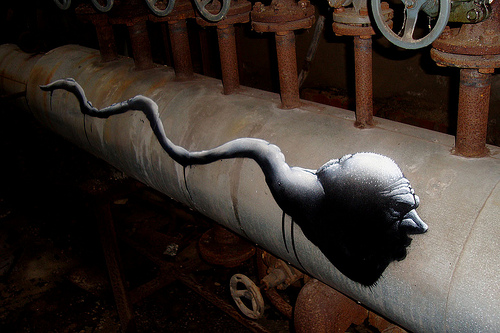 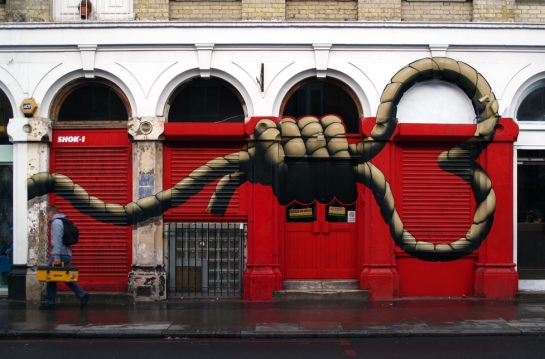 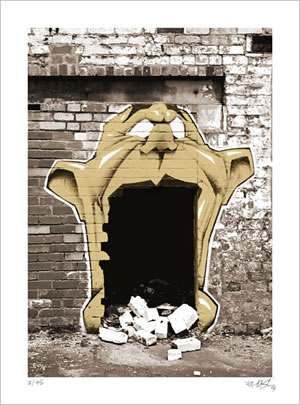 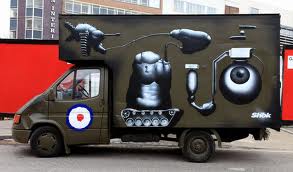 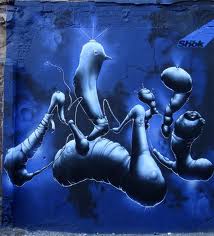 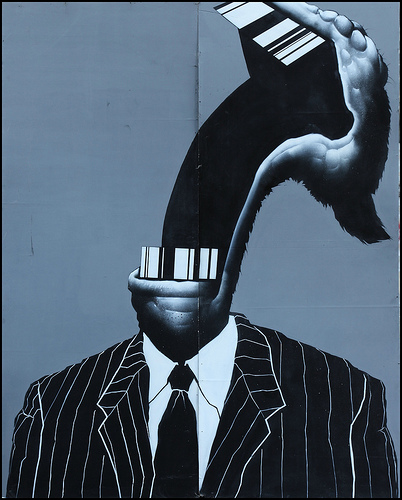 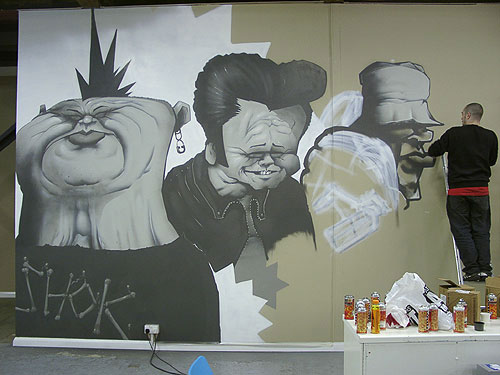 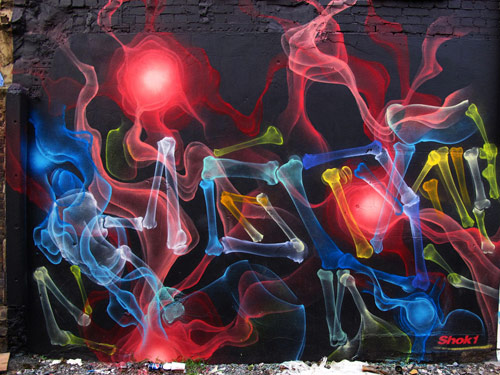 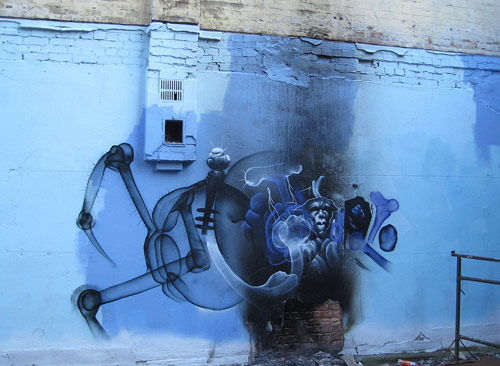 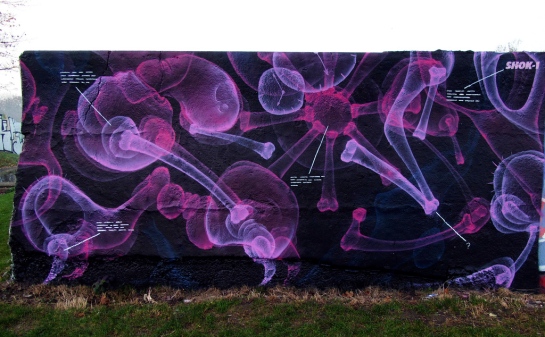 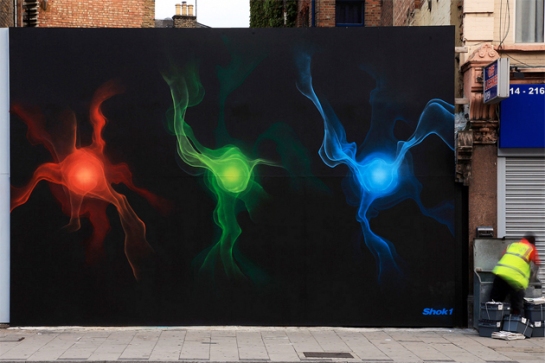 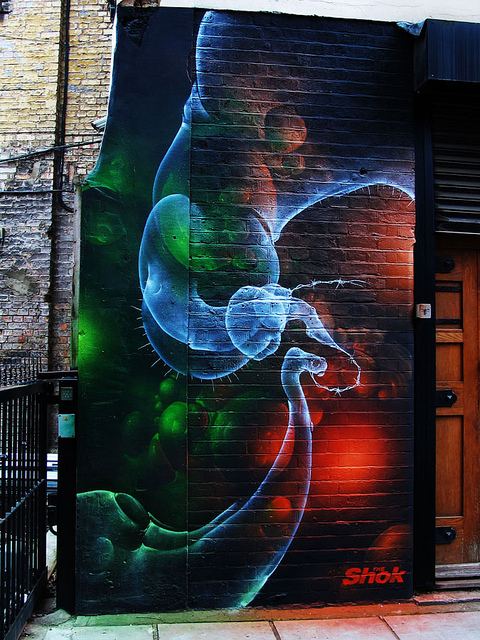 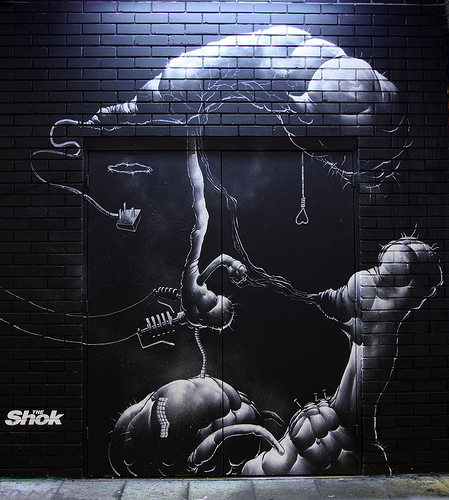