Richard Filomeno is a freelance motion graphics artist who’s work is primarily based in São Paulo, Brazil’s burgeoning advertising industry who discovered the world of papercraft in 2008. He was originally inspired by the works of L.A. artist   Elsa Mora and visits to France and his papercraft hobby is soon turning into a professional career. His first piece has just been sold and he’s got a short film project that is currently in the works, alongside his girlfriend, art director Carol Bella, who also has a great deal of prowess when it comes to getting crafty with paper.

Their current film project revolves around the idea of an experimental papercraft horror amusement park, inspired by the film The Funhouse. Rather than have their work stop-motion animated, they are attempting to make it live action. Right now they’re in the experimental stages, testing out little details that will be incorporated into the process such as little lamps and simplified motors. They hope to have the whole thing done in three months.

Filomeno’s paper creations were born out of a heavy foundation in graphics. He started out playing around with certain pieces when he had a moment here and there to spare, and created various cameo brooches of film and comic book pop culture characters. He particularly loves working with Wes Anderson’s characters and those from sci-fi films, but his most recurring character is the one of Deus Mendingo (the “hippie god”). At first he used these small pieces as calling cards to impress potential animation clients but last year he managed to sell a few at a bazaar in São Paulo and was encouraged to work on a bigger scale.

His work is constantly evolving and the size of his projects are starting to grow -Filomeno’s future is bright and his hobby is going to grow well beyond the confines of São Paulo very soon. If you want to see more of his work, or commission your very own custom pieces, visit his website – and be sure to take a look at his papercraft horror show that he has planned for later this year. 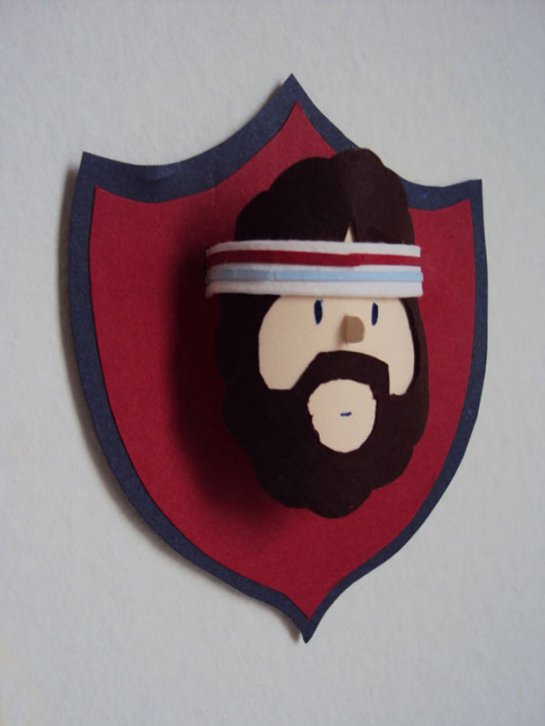 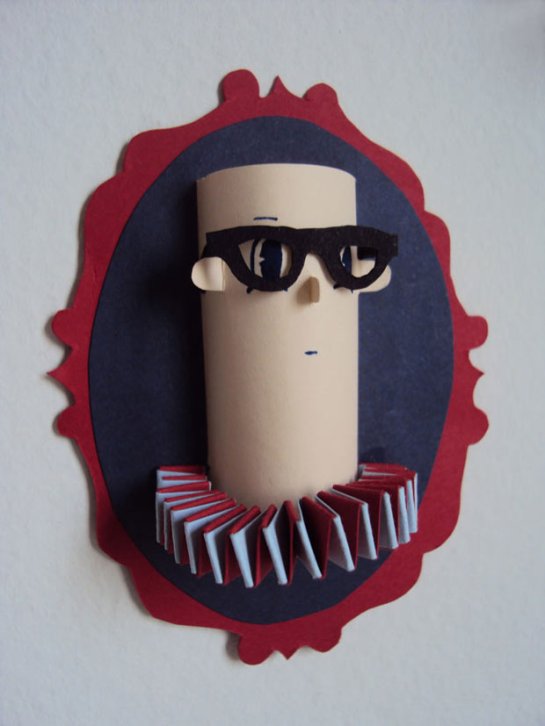 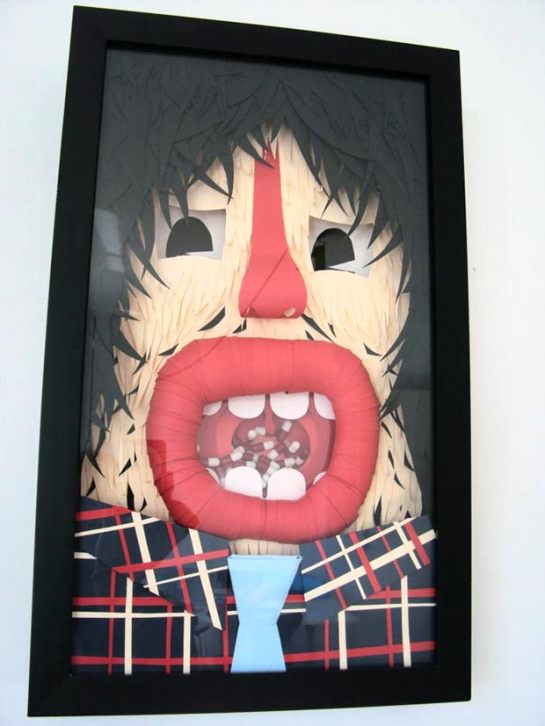